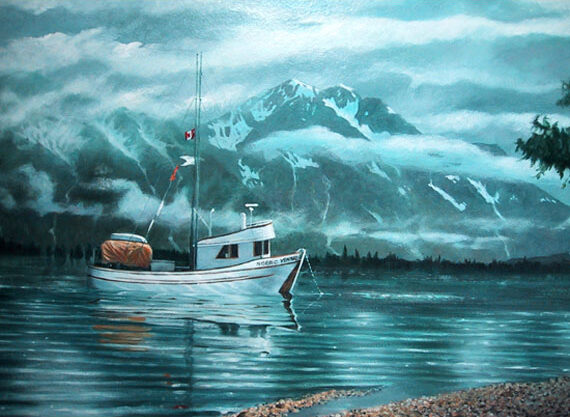 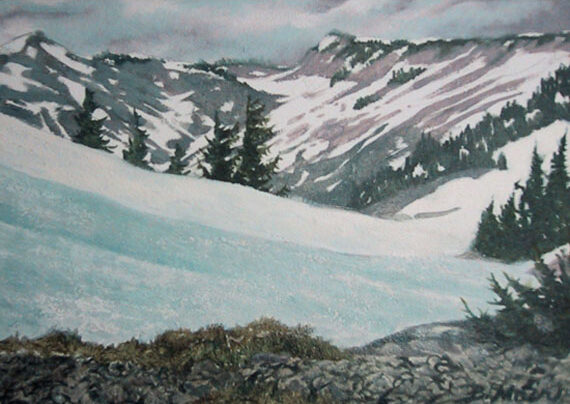 Canadian artists have always tried to express the sense of boundless awe that the northern wilderness inspires. On Canada’s spectacular west coast, British Columbian painters from Emily Carr to Tony Onley have captured the mystical, almost Zen-like quality of the rugged rainforest.

Bruce Muir grew up on the shores of Georgia Strait where he has had numerous encounters with nature’s most awesome creatures. He began painting whales after surviving a solitary fishing sortie during which a Killer Whale suddenly surfaced beside his open outboard. Just inches away from death by hypothermia in the viscous winter water, he found himself strangely at peace watching the seawater gleaming off the leviathan’s back.

Muir is a student of coastal ecology and an outdoorsman. His knowledge of wildlife is illuminated by first hand experience from months at a time spent in the West Coast wilderness. He has the ability to look beneath the featureless surface of a bay or river to see the complex web of life below. Sometimes he paints the life and death drama of predation, but mostly he paints life as it is lived. Whales scratch their backs on the stones of a beach. Salmon pause in the shallows at the mouth of a spawning river.