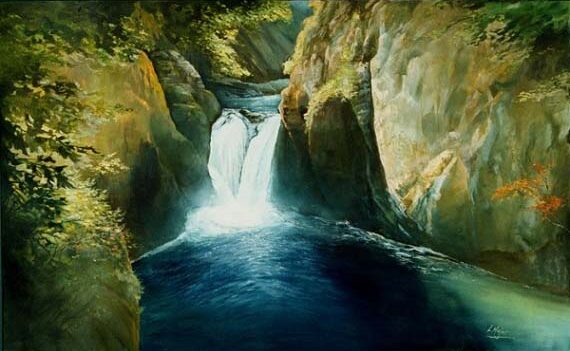 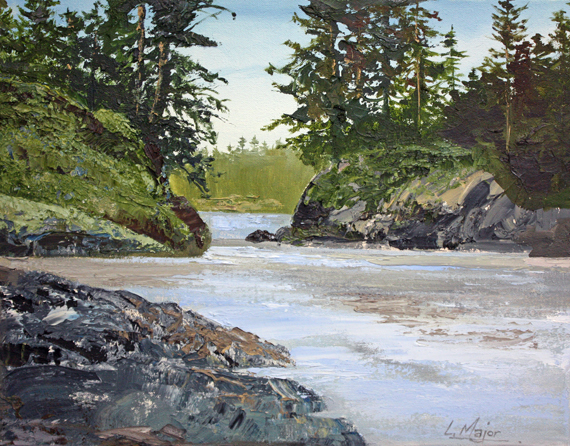 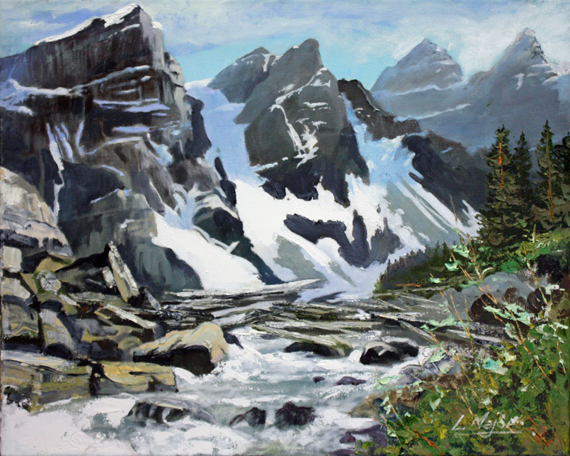 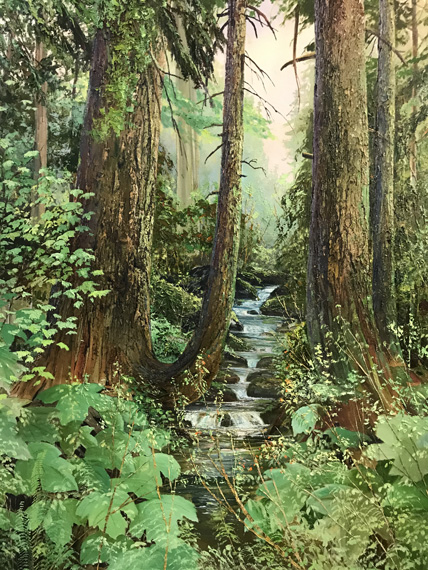 Lloyd Major is a relatively new artist on the scene who has achieved his goal to become a recognized and successful artist.

Lloyd was born in Rocky Mountain House, Alberta. His creative talent was evident throughout his school years in the form of drawings, sketches and cartoons.

He attended art school in Calgary but for most of his life he owned and operated sign shops in Alberta, Quebec and Ontario where he was often asked to create murals for his customers. He was also involved in commercial art and as a cartoonist for local newspapers.

In the early 1990s Lloyd realized that his true desire was to create original oil paintings.

Lloyd has been a resident of Parksville, Vancouver Island, BC for several years, which has added a new dimension to his work. The beauty of the west coast is a great inspiration and he now specializes in West Coast old growth forests, landscapes and seascapes.

As he creates only original oil paintings and not prints, it is often difficult to keep up with the demand for Lloyd’s work. Many of his paintings are now in Germany, England, Ireland and the United States as well as right across Canada.

“I have always appreciated the beauty of nature and the wonderful colors and silhouettes of shadows as they contrast over the beautiful western landscape. It has given me great satisfaction to create art which provides long lasting enjoyment to others.”