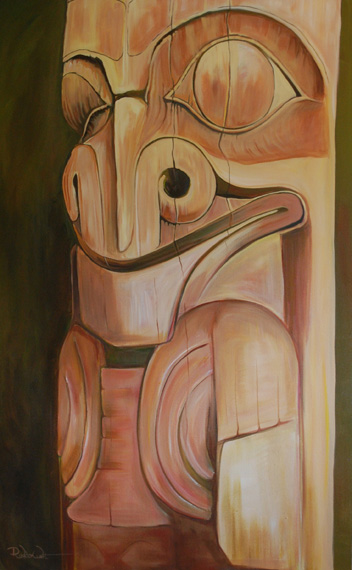 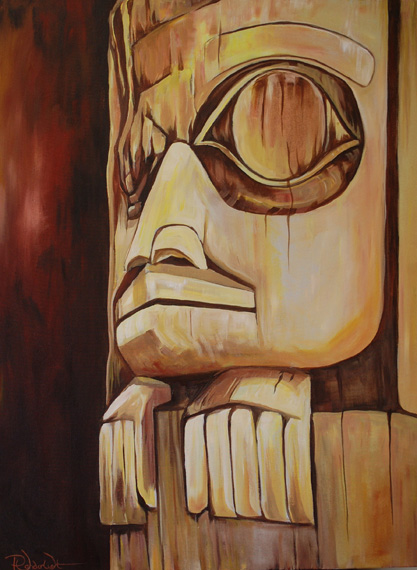 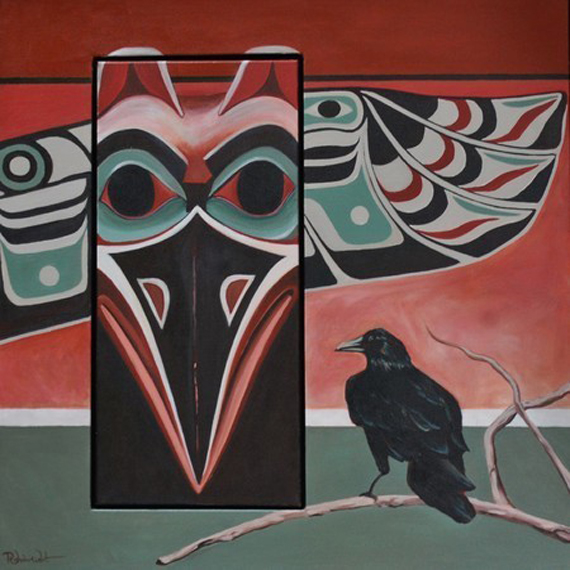 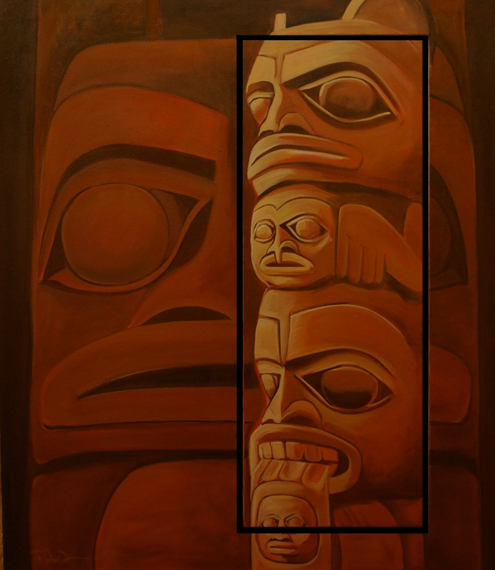 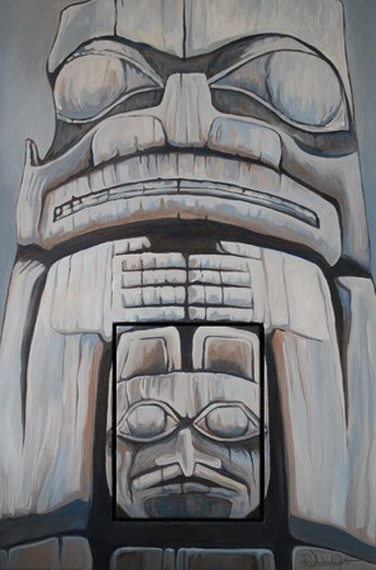 Originally from Richmond, BC, Peggy majored in Fine Arts and was recognized with a Richmond District Award. Encouraged to further her studies, she attended VCC-Langara in Vancouver, and received a diploma in the Fine Arts Program. She moved to the Okanagan in 1989, and resides in Penticton, BC.
From an early age, Peggy has possessed a hunger for creativity. Totem poles are especially inspirational. To paint them is a joy – figurative by suggestion, yet wooden treasures with all of their shadowed textures and weathered wonderfulness.

By creating her own canvases, Peggy can explore unconventional canvas combinations; her play on diptych and triptych canvases is unique, and has quickly become her signature style.

Peggy Stel became an Active member of the Federation of Canadian Artists in 2011, and since then has participated in several juried shows in Vancouver, as well as the Okanagan Valley.