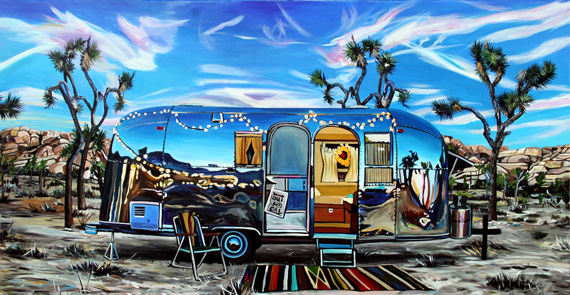 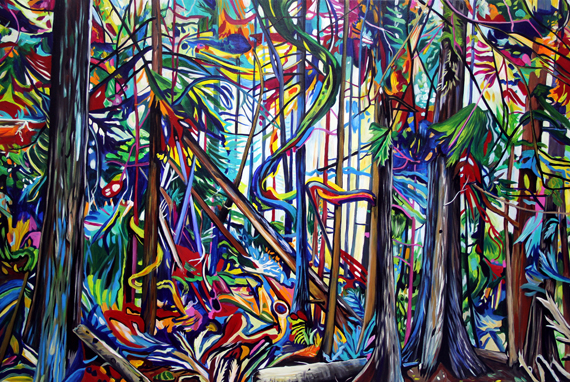 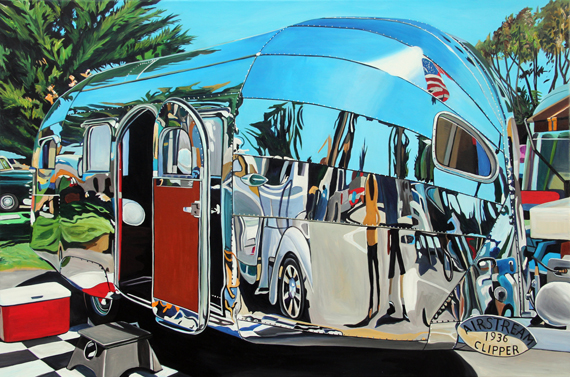 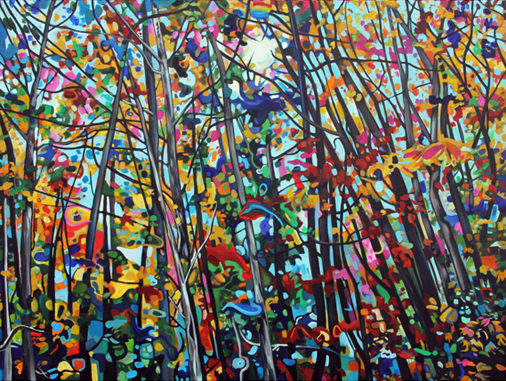 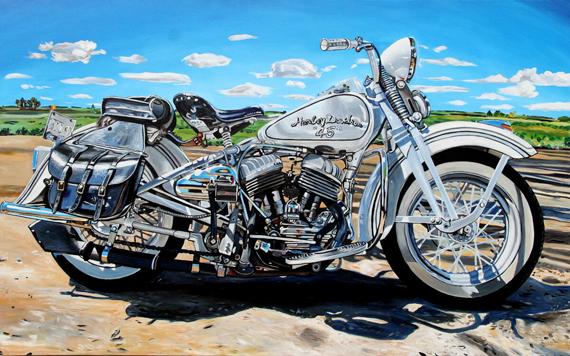 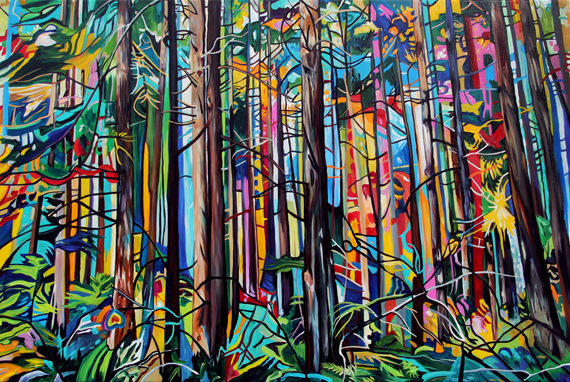 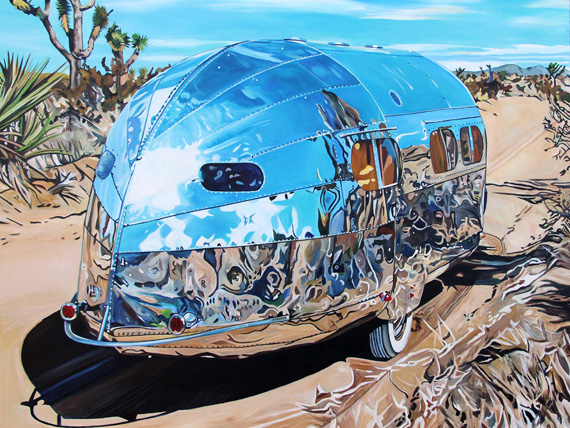 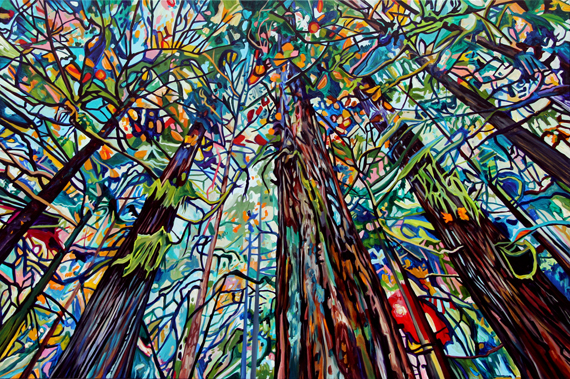 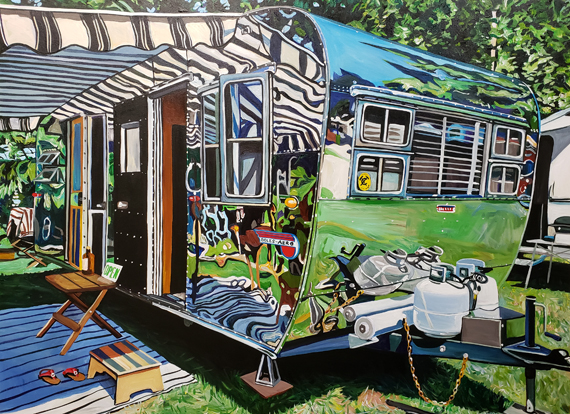 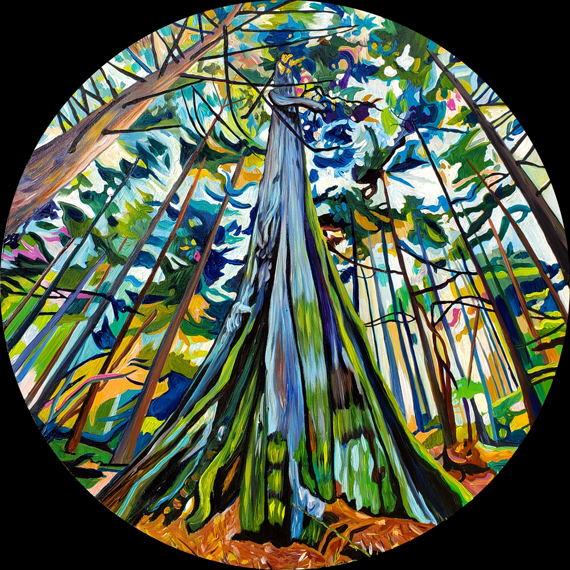 Cobalt Cedar Stanley Park 24in round Acrylic on wood panel $1295 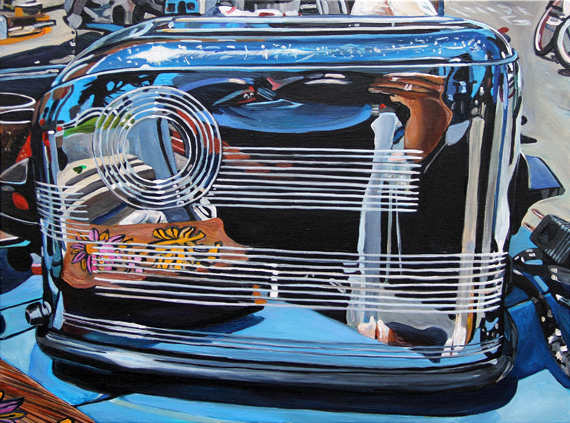 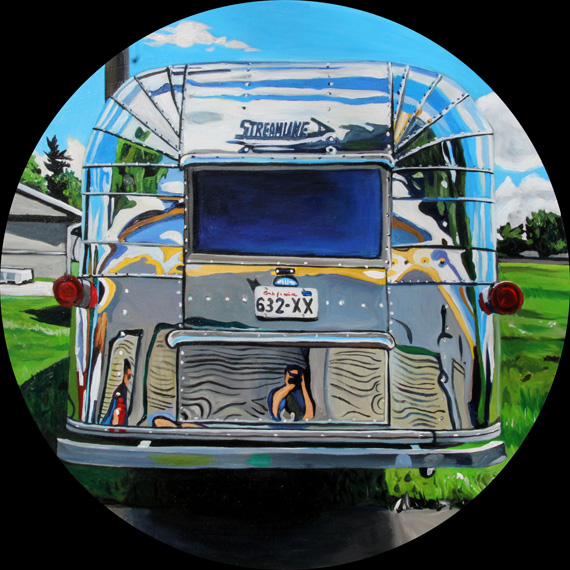 Field Streamline 16in round Acrylic on wood panel $855 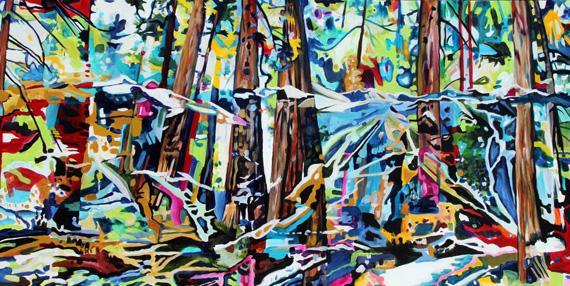 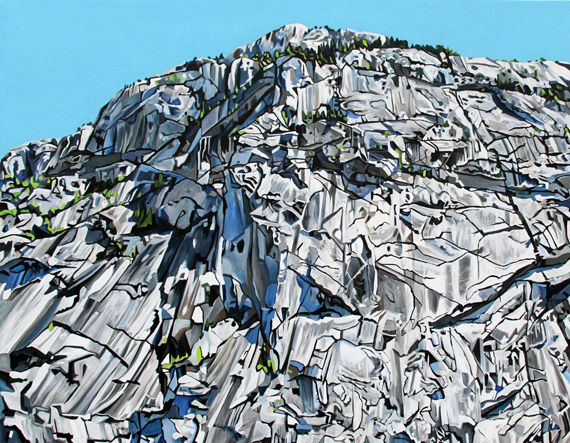 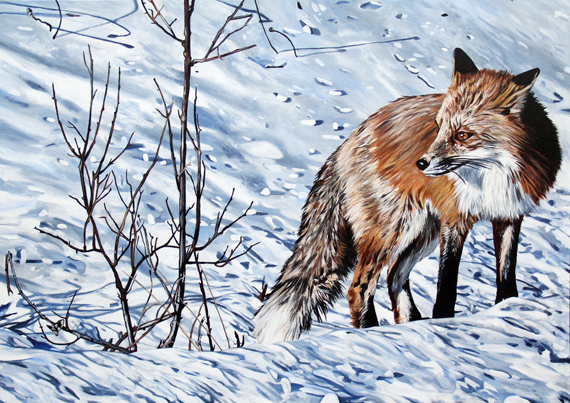 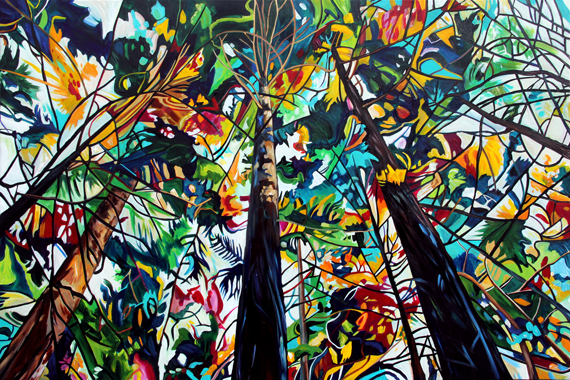 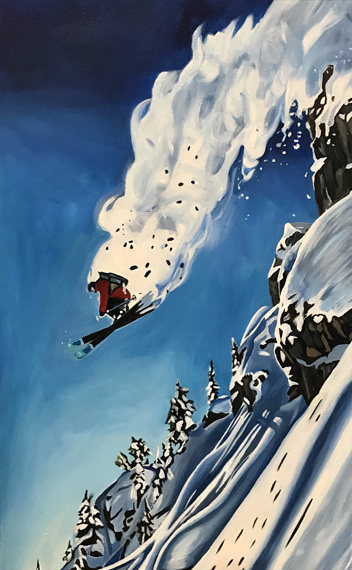 Taralee Guild was born in 1984 and grew up in Thunder Bay, Ontario. Brought up in a family that supported her love for drawing, at 12 she inherited her Grandma Ethel’s paint box and easels. From what began with an impromptu still life painting session, Taralee moved onto a self-taught and passionate affinity for the medium. To this day her obsessive artistic practice is entirely focused on painting. Having moved out West, she graduated from Emily Carr University of Art and Design with a Visual Arts BFA in 2010. With a broader understanding of art history and critical theory about painting, Taralee works on several thematic series at once, each with their own ideological context and geographical significance. Her artwork has been internationally collected and she exhibits regularly, continuing two central series: Airstreams and Nature’s Cathedral.

This painting series is based on polished aluminum trailers from the mid-20th century. Inspired by amateur photographs taken by Airstream enthusiasts, each painting emphasizes the distortion visible in the highly reflective metal. In a way, the airstream imagery highlights intersections between Post-WWII aerodynamics, Art Deco design and Primitivism. These compositions create an object-ground relationship similar to animal mimicry, where the trailer hides in its surroundings through reflection. In this way, the paintings reference concepts in historical Surrealism, such as animal print camouflage, doubled imagery and formlessness. Given the degree of distortion, the metallic surface becomes an arena for hallucinatory paint forms that slip away from recognizability. The viewer is presented with the imaginary pictorial space behind them. Either the perceived vantage point is from an odd disembodied gaze, or the visible mirrored body is faceless, elongated, and in a precarious environment co-habited with the unknown.

This painting series depicts tree canopies from British Columbia’s temperate rain forest. The imagery acts as a metaphor of cathedral interiors and references the overwhelming sensation possible in such surroundings. A combination of natural light, expanding space, and transparent colour create an effect called dematerialization. This is where the structure of the space becomes intangible or at least less important then the experience of it. The Byzantine church Hagia Sophia in Istanbul is often cited as an example of this phenomenon. These painting compositions usually spiral off into colourful and freehand abstraction, which often bring to mind West Coast First Nation’s design. The paintings are based on photographs from natural and protected forestry in BC, including Stanley Park in Vancouver and Cathedral Grove outside Nanaimo on Vancouver Island. The continuing of this motif is also an acknowledgment of Canadian artists who have based their paintings on the same subject such as Emily Carr, the Group of Seven and Gordon Smith.